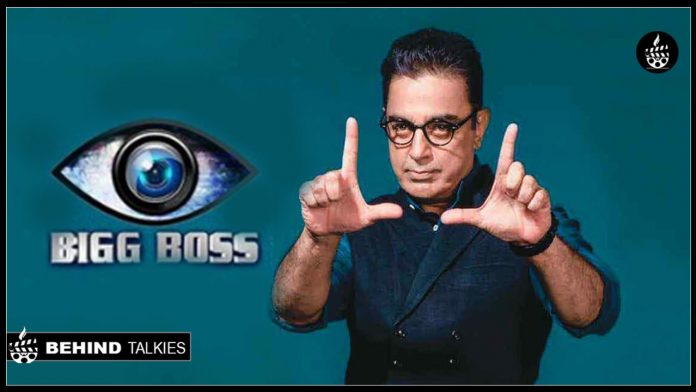 Actor and Makkal Neethi Mayyam Founder kamal hassan is now busy in the election works. So, there has been a talk went around the Bigg Boss whether Kamal will host the bigg show or not. And now the talks over the internet goes viral that kamal hassan will be the host again for the Bigg Boss tamil seasaon 3

The reality show featuring a group of contestants living together in an isolated house for 100 days is expected to begin in the second week of June. And recent source reveals that the promo for the show has been shooted yesterday (May 8).

The sets for the show is getting ready on Poonamallee. The Bigg Boss team has already approached celebrities from various fields to participate in the third season in Tamil. We can expect the promo of the show very soon.

From the recent update we had, Vijay tv approached tamil actress Chandaini (who starred in ‘Siidhu +2 ‘movie ) to participate in the show. And it has also been said that actress Sudha Chandran, Laila, and Sakshi Agarwal have also been approached to be the contestants of the hit show. Hang up with us for the official update of Bigg Boss.