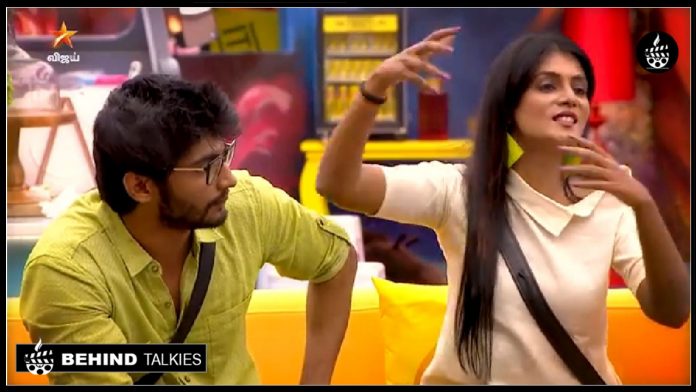 Bigg Boss has finally reached its third week, there is a lot of fun and drama we have seen so far. And today is the elimination day. Saravanan, Madhumitha, Mohan Vaidhya, Meera Mithun, Vanitha has been nominated for this week elimination. And today Kamal will announce the Elimination.

Apart from this Sakshi has been elected as a captain for the coming week. So, no one can nominate her this week. The nomination for the third eviction will be happening on tomorrow. And it will be too tough for the contestant in upcoming weeks. We can also expect a wild card entry this week.

There will be an elimination next week also. To save contestants from the elimination the audience should vote them. To cast your vote, follow the link “Bigg Boss Tamil Vote” and find the guidelines. One person can have 10 votes, which can be also split among different nominated contestants. People can also vote with the missed call.