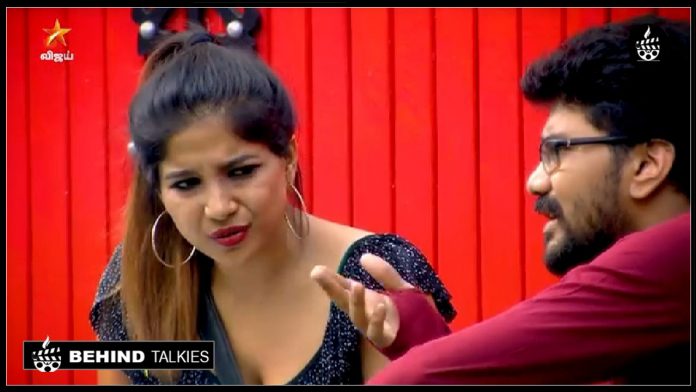 In the last promo of Bigg Boss we have seen some hot conversation between Losliya and Meera Mithun. It looks like we can witness some drama in today’s how. And in the recently aired second promo, Sakshi is talking with Kavin about Losliya.