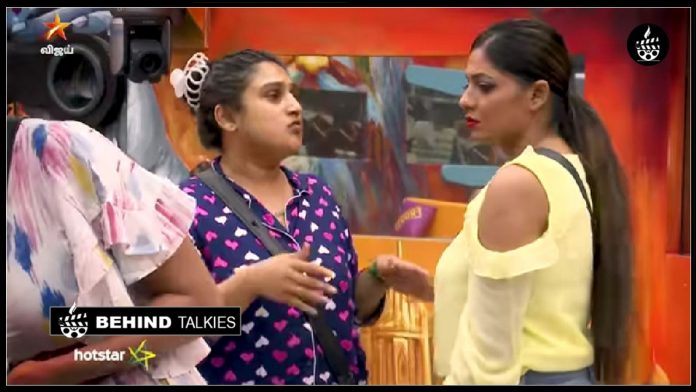 Its day 10 of the Bigg Boss house We have witnessed so much of drama and fights between the housemates. And in the yesterday episodes, we have seen Sakshi unwantedly lied with Abirami about Meera Mithun. Hope we have some interesting kurum Padam in this week.

And a few days before the nomination process for the first eviction was also begun. From the nomination, Meera Mithun, Saravanan, Kavin, Madhumitha, Sakshi, Cheran and Fathima Babu has been elected for the eviction. And the voting process is also going very viral among the audience.