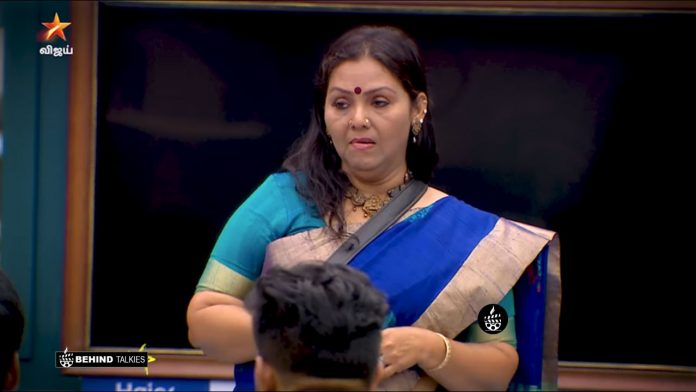 The most awaited reality show in Tamil television industry was kicked off yesterday. It was telecasted for more than four hours for the contestant’s introduction. There will be no demand for the controversies in the show, moreover, the show will go along with contradicts and controversies.

The promo of the day one reveals that there is some contraction between director Cheran and the News reader Fathima Babu. Bigg Boss has announced that there is a limitation in using water and Combustion gas for the first time, due to the understanding the value of scarcity in the world.

All the contestants were been clapping and applauding for the Bigg Boss decision. But Fathima Babu has a contradicts and she says, ‘It is a disgrace in Bigg Boss history. So it is not needed to be clap and entertain the situation’. So a reply Cheran says, ‘We are clapping just for taking this limitation into the house’.

Everyone has a different facial expression for those statements. But we have to wait and watch the full episode to know the real fact behind the promo. But it looks this time there will have no demand for the fights.