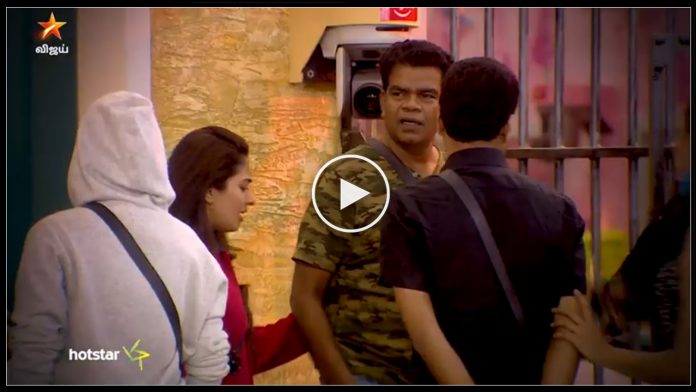 Bigg Boss Tamil Promo 3 for the day July 09 is released just now. In this promo, they mainly focused on Ponnambalam’s Jail punishment and what is the opinion of other contestants. Here is the video of that.

In the first scene of the Promo, Sendrayan is saying that it is a very huge punishment. Yashika is saying that this punishment was not given by us. It was given by Ananth sir. Ponnambalam is saying something but we are not able to understand clearly what he is trying to say.

In the last scene of the promo, Ponnambalam is put into the jail and there is a sadness in most of the contestant’s face. Let wait and watch what’s gonna happen today.