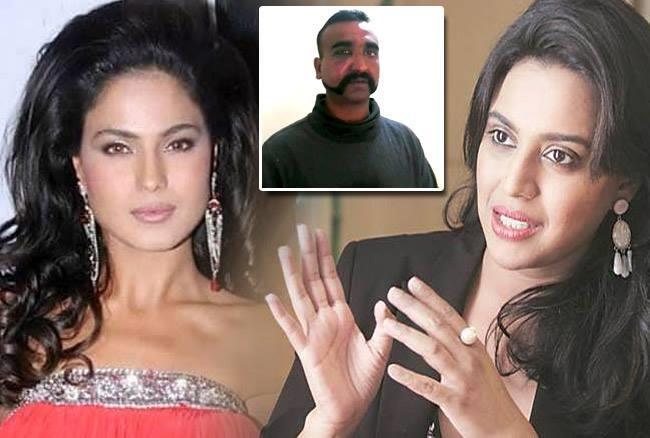 Veena Malik has posted a picture of Abhinandan and ridiculed him by saying “Abhi Abhi Tu Ayo Ho…Achi Mehmaan Nawazi Ho GI Aap Ki (You have just come. You will receive a good treatment). Later, she posted another photo of him and said, “Leave Everything….!!! I never seen this style of Mostache Before #Abhinandan #PakistanStrikesBack.”
Swara Bhaskar retweeted one of her post and lambasted her for her inhuman comment. She posted, “Veena ji.. Shame on you & ur sick mindset. Your glee is just gross! Our officer is a hero- brave, gracious & dignified in the face of capture. At least some decency from that major in you army who was questioning #WingCommanderAbhinandan or the many Pakistanis suing 4 peace #sick.”

After acting in some Pakistani movies, Veena Malik participated in Bigg Boss 4 Hindi in 2010. Post, her stint on the show, she was flooded with numerous movie offers in India. She made her debut in bollywood with film Tere Naal Love Ho Gaya in 2012. She acted in flicks like Jatts in Golmaal, Zindagi 50-50, Super Model, and Nagna Satyam. Veena bid goodbye to her acting career after tying knot with businessman Asad Bashir Khan Khattak.

Post the Surgical Strike 2, she ridiculed India’s attack on Pakistan. She posted a picture showing bomb attack with the words “My Name is tree…And I’m not a Terrorist …!!! #Surgicalstrike2”
She also responded to the tweets posted by Bollywood stars like Salman Khan, Ajay Devgn, Shobhaa De, and Akshay Kumar and ridiculed them over their post on Indian Air force’s air attack on terror camps in Pakistan.