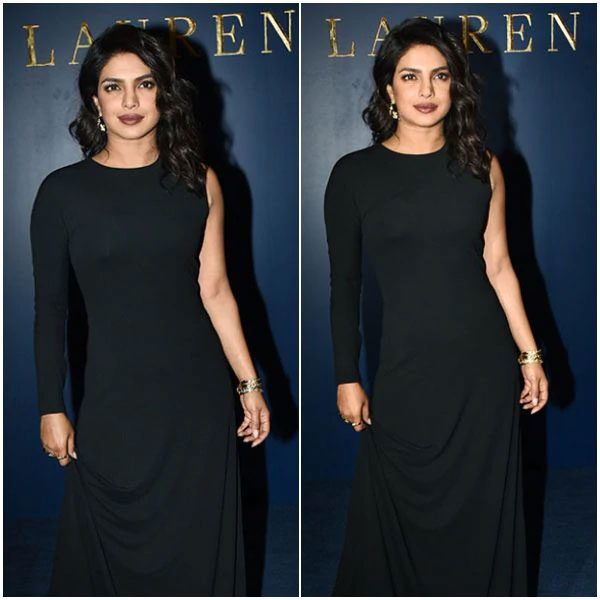 Recently Priyanka Chopra Jonas arrived in India with her hubby Nick Jonas. The ‘Quantico’ actress was here to attend her brother Siddharth Chopra’s engagement ceremony. In her bro’s special day, Priyanka wore a beautiful ivory floor-length dress. In the second half of the day, Pee Cee flaunted the store launch of Ralph Lauren in Delhi.

For the ceremony, Priyanka Chopra wore a glamorous black body-con dress and created buzz with her mesmerizing appearance. By the looks of it, her black dress seemed simple and gorgeous, but the price tag of the same will make your heads spin.

The body-con that Priyanka Chopra Jonas wore at the occasion costs about $2,990, which is Rs.2,11,976 in Indian money. This definitely proves that Pee Cee has a rich taste when it comes to choosing outfits. You can also say that it is just another lavish outfit that Pee Cee owns. Have a look at her gorgeous dress here:

On the technical front, Priyanka Chopra Jonas was last seen in Hollywood flick “Isn’t It Romantic?”. The pretty actress is doing a Hindi film named ‘The Sky Is Pink’ along with prominent stars like Zaira Wasim and Farhan Akhtar. The film is directed by Shonali Bose and is scheduled to release on 11th October 2019.

Meanwhile, to know more interesting things of every week, keep reading Behind Talkies!