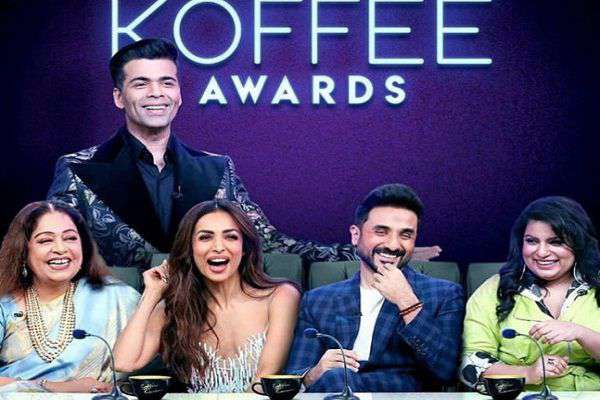 The wait is over! Koffee With Karan season 6 awards are finally here and it is surely a interesting end to the current season. This was definitely one of the best seasons of the show, and based on the feedback of the fans, we couldn’t agree more. Malaika Arora, Vir Das, Kirron Kher, and Mallika Dua were the jury members who selected the winners of numerous awards of season 6.

The award show started with Vir Das roasting the show host Karan Johar and the complete show. He took a lot of sarcastic digs at the show, but immediately praised it as one of the best shows in the nation when Karan Johar stepped in.

Not only did some of our all time favourite moments and stars won, but we also got a chance to view all the best moments on the show this season. Actress Kareena Kapoor Khan won the award for ‘Best Dressed Female’, but she had a tough competition from actresses like Alia Bhatt, Deepika Padukone, and Rhea Kapoor. Actor Ajay Devgn bagged the ‘Best line of the season’ award, which also got him a brand new Audi car.