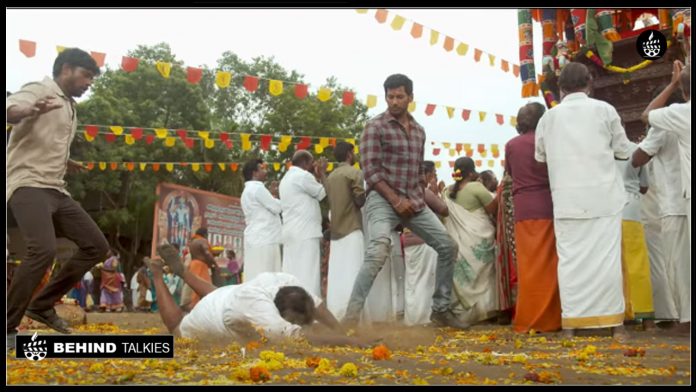 Vishal strikes back even harder and fierce in ‘Sandakozhi 2’ the sequel to the mighty blockbuster released earlier. Directed by Linguswamy , the film also stars Rajkiran, KeerthySuresh and Varalaxmi Sarathumar in pivotal roles.

As the is going to hit the screen on tomorrow (October 18) recently the movie crew has releases a new promo video from the movie. Here take a look ath this