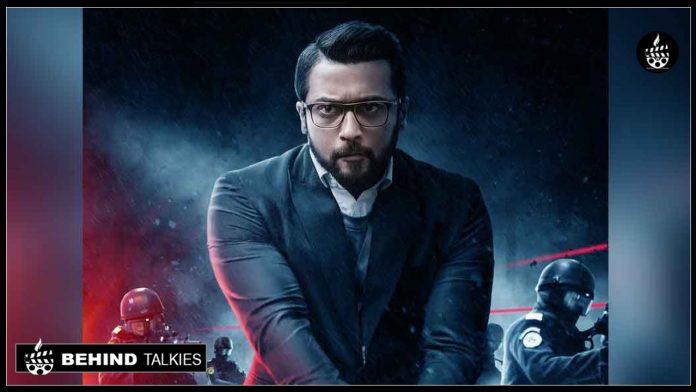 Surya, Mohanlal and Aarya and Sayesha. Which symbolises that these three actors will be play prominent role in the movie. It has been rumoured that Mohan Lal Plays as Pm and surya plays as his body gaurd. Any how just take a look at the teaser of the film.