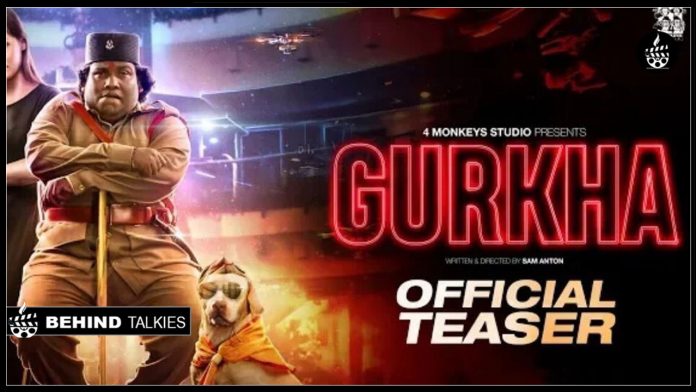 Comedy actor Yogi Babu, who has become the favourite of both Tamil fans and filmmakers, is now playing the protagonist in an upcoming film called Gurkha. The film is directed by Sam Anton who already directed Darling and enakku innoru peru irukku.

Yogi babu playing a security guard along with his guard dog named undertaker. The film also features Mayilsami, karunas, Aal Thotta Bhoopathi and music composes by Raj Aryan. Here take a look at the teaser of the film.