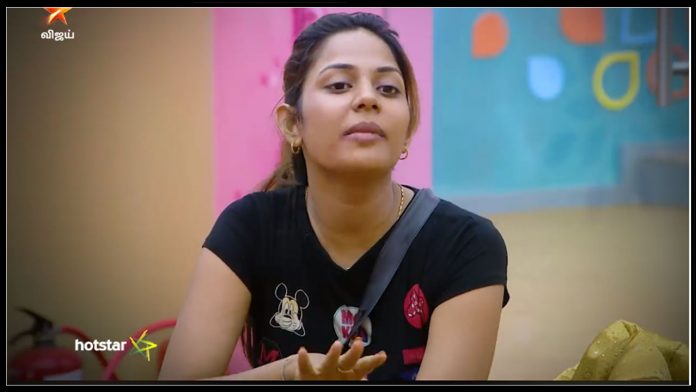 Bigg Boss promo 1 for the day July 30 is released just now. In this video, Aishwarya is talking with Balaji about his behavior. It may about his bad words. here is the video

In the first scene, Aishwarya Dutta is asking to Balaji that Kamal sir already insisted you to not to speak such words but why are you speaking that word again and again. Balaji said that if Kamal sir asks me about it then I will speak with him about this.