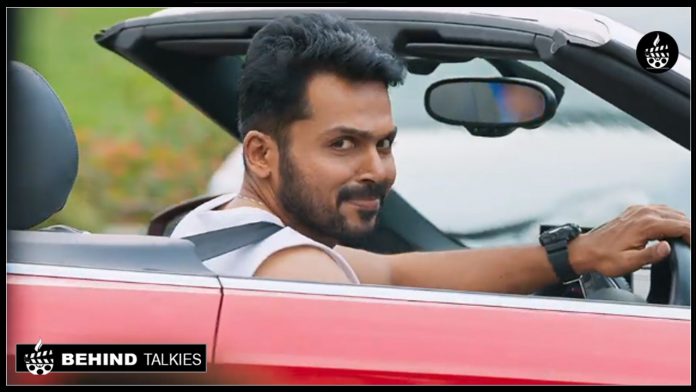 After the success of ‘Kadaikutty singam’ actor karthi is sleeved with the debutant director Rajath Ravishankar. Karthi next movie named ‘Dev’ and teaser of the film was released few days back by his brother Suriya.

Where the film featuring Karthi and Rakul preet sing in a lead role Prakash Raj, Ramya Krishnan, VJ Vignesh , Navarasa Nayagan Karthik in pivot role and The film is produced by Lakshmi kumar friends picture along with Reliance entertainment. And after a long gap Music director Harrish jayaraj composing music for the film