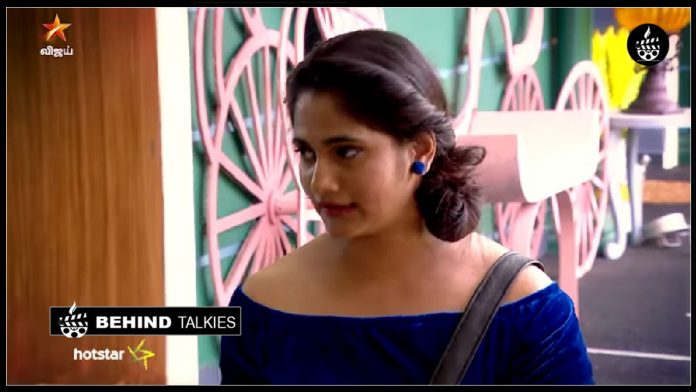 Successfully Bigg Boss has completed the whole second week and in yesterday Fathima Babu officially eliminated from the Bigg Boss house. Before leaving the stage Kamal has gave her a power that she can choose three people who she wants to be this week captain. So, she chose Tharshan, Abhirami, Sandy