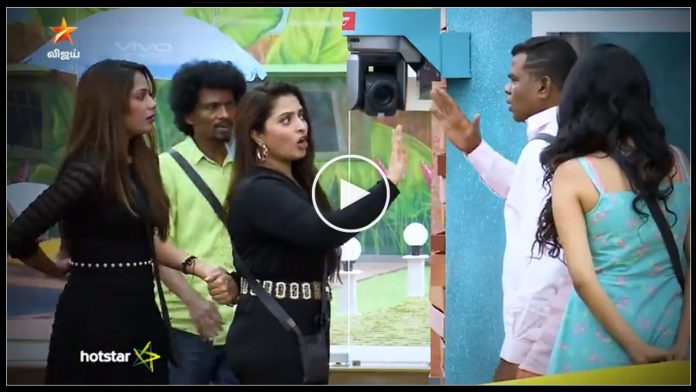 Bigg Boss promo 2 for the day July 21 is released. In this video, there is a huge fight between Ponnambalam and Aishwarya and Mumtaz is coming between them. Here is the video.