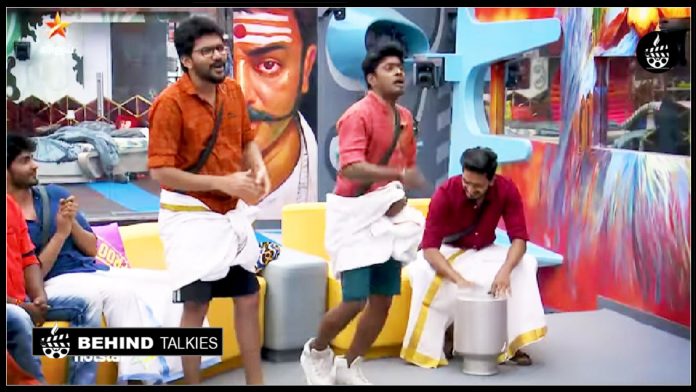 Its day 21 of the Bigg Boss, and for the past few days, a new task went for the housemates. we have seen far Vanitha finished her task as a piece of cake. And she got superpower as we expected. And hence she had contests for the next week captainship.

From the last task Vanitha, Sakshi and Mohan Vaidhya got a special power that they can contest for the next week captain election directly. So, in yesterday’s show a task has been contested and in that Sakshi has finally selected as the next week captain. And in the last promo kamal has firing Vanitha for her behavior. And hope this week nomination will be Vanitha.

The eviction process is done on Monday, Saravanan, Madhumitha, Mohan Vaidhya, Meera Mithun, Vanitha has been nominated for this week elimination. You can this for your favorite contestant to save them from the elimination. So, who’s your pick and whom do you want to save.