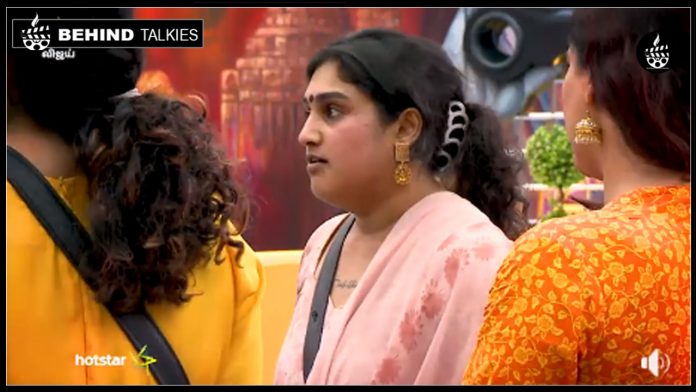 And intrestingly Meera Mithun revelad that Abhirmai is one of the Model who i groomed. And she also stated that i knows her very well but i dont know why she is treating like that. After some times both became calm and made their issues a full stop.

And in the recently telecasted promo, we have seen some new problem between Meera Mithun And Vanitha. Meera Mithun admits that no one will leave me a single day without cry. Let’s wait and what gonna really happen today.