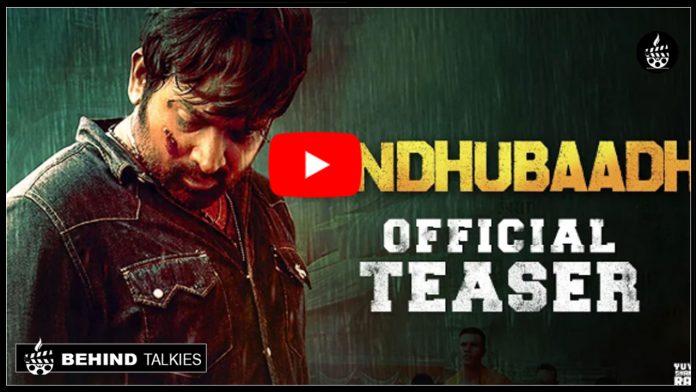 Vijay Sethupathi last movie ‘Seethakathi’ was miss to make awe among the audience. But now he has some intresting project in hands. After ‘Super Deluxe’ his next movie is titled as ‘Sindhubad’. The film is being directed by SU Raun Kumar who had previously worked with Vijay Sethupathi in films like ‘Pannaiyarum Padminiyum’ and ‘Sethupathi’.

The first look poster of actor Vijay Sethupathi’s next film Sindhubaadh was released by the makers to celebrate his birthday on January 16. The movie stars Vijay Sethupathi and Anjali the lead roles. Music composed by Yuvan Shankar Raja, cinematography done by Vijay Kartik Kannan and edited by Ruben.