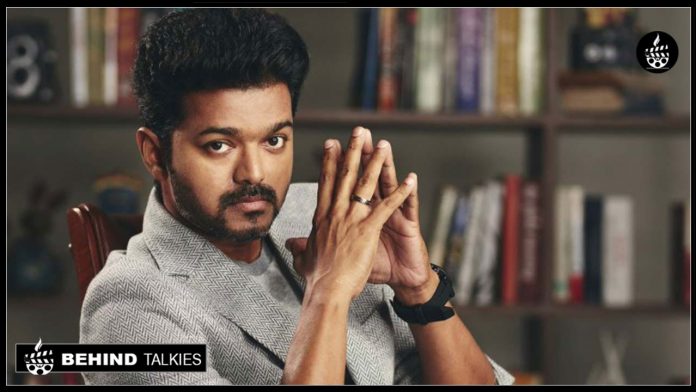 Its known that Vijay already worked with Atlee in Theri And Mersal. And this is the third time Atlee joined hands with directer Atlee. And after Rumours about his 64th film are already doing the rounds and it is said that young filmmaker Lokesh Kanagaraj might helm the film.

Lokesh Kanagaraj, already directed Managaram movie which has been a big hit. And now his upcoming movie with Karthi is going to hit the screen very soon. And recently movie crew had releases the teaser of the film and it grabs the fans attention.

Recent buzz went viral on the Internet actress Thrisha is going to pair with Vijay in his 64th film. Thrisha already worked 4 films with Vijay like Gilli, Kuruvi, Thirupachi and Athi. If the this news is confirm this might be her 5th film with vijay.

But when we asked sources close to the actor, they vehemently denied these reports. But over close source confirms that the film is rumored to feature Vijay in the role of a gangster and it will be a very dark film, according to the industry grapevine.There are reports that the announcement can be expected to be made on Vijay’s birthday next month.