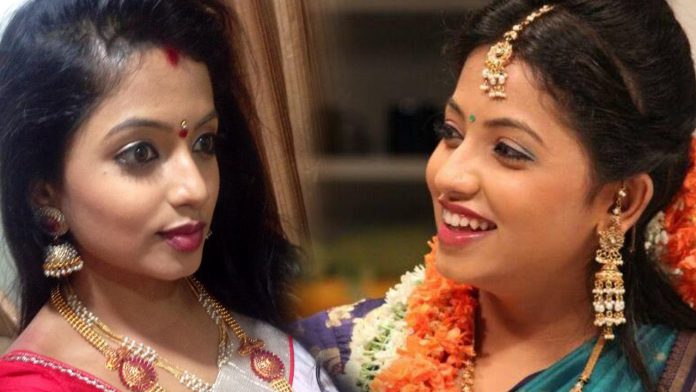 Navya Swamy is an Indian television actress who was born and bought up in Mysore, Karnataka.  Check out below for Navya Swamy Biography, Wiki, Photos, Age, Personal Life and much more.

Navya Swamy was born on 17th March 1990 in Mysore, Karnataka. In 2008 she was completed her schooling at Rotary High School, Mysore
Mysore, Karnataka. She had joined in BBM course in MMK and SDM College for Women, Mysore, Karnataka. While she was studying, she attends an audition for Kannada TV Channel and got selected, and starts acting from there.

She was also anchoring a program in Zee Kannada Channel. She was fully busy with acting when she was doing her final year. She was interested to do a Master degree but it didn’t happen just because she had committed as the lead role in another new serial named ‘Thangali’.

Thangali is the remake of Tamil Serial named as ‘Thendral’ which was produced by Vikatan Televisions. When she was doing that serial she got an introduction to more Tamil Media people.

This made her get in to committed with one of the biggest Tamil Serial named ‘Vaani Raani’ which was produced by Radhika’s  Radaan Mediaworks. Since then she was being called as ‘Vaani Raani Pooja’ by Tamil audience.

Navya and Gowtham were called as best serial Couple in Tamil television industry. The chemistry between them worked so well on the Screen.