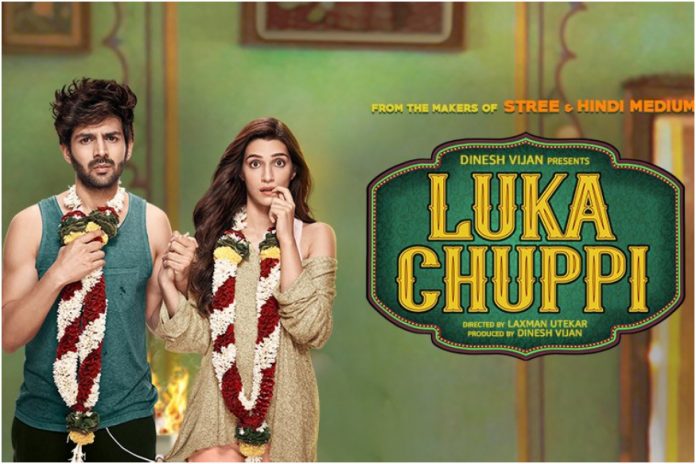 Karthik Aryan and Kriti Sanon’s latest flick ‘Luka Chuppi’ opened to an amazing start at the theatres, garnering decent collection on its first day (Friday). The romantic comedy created waves in the B-Town with its interesting trailer and super hit songs. The film was released along with Sonchiriya, but it remained way ahead of the latter in terms of box office collection. Not just because of having more theatre count, but also due its large influx of audience.

Luka Chuppi is a kind of film that will charm not just the youngsters, but also the family type audience. It was screened in 2100 theatres across the nation and the movie managed to sway good box office collection on its first day.

The movie has garnered nearly Rs.8.011 crore at the Indian theatres on the first day, and emerged as Karthik Aryan’s biggest hit till date. The flick witnessed amazing occupancy towards the evening shows and managed to get a good start at the commercial areas.

The flick is directed by Laxman Utekar and it could have collected more if ‘Total Dhammal’ was not running successfully at the box office. The story of the movie is based on present day subject of live-in relationship, and has an excellent dose of humor and romance.

The film is expected to witness good collection at the box office over the weekend and it is speculated that the word of mouth will play a huge role here.