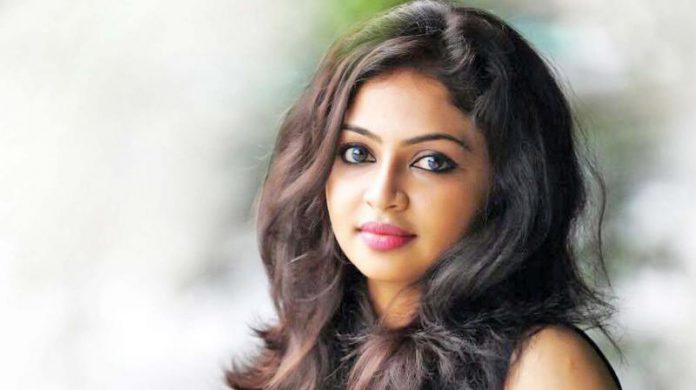 Arundhathi was born on March 11, 1996 in Trivandrum, Kerala, India.

Arndhathi’s first film was Saithan who was paired with Vijay Antony. Her portrayal of Jayalakshmi in Saithan was a major hit among the audience. Saithan is her debut film and it has done so well in box office which grabbed her more film opportunities one after another.

She has been acting as lead role in a horror film which was directed by S.Selvakumar. She has paired opposite Ajmal Ameer. There are more senior actors in the movie including  KR Vijaya, K Bhagyaraj, Senthil and Imman Annachi.

She has also signed in another film which was titled as ‘Yavarum Nalam’. The production team of this film has been in talks with Vijay Sethupathy and Samuthirakani to rope into the movie.

She has also signed up for an unnamed movie which is going to be directed by Mitharan Jawahar.

Arundhati will also make her Malayalam debut in a film titled Anuragam directed by Jayan Vannery. The script for this film is penned by Jude Anthony.