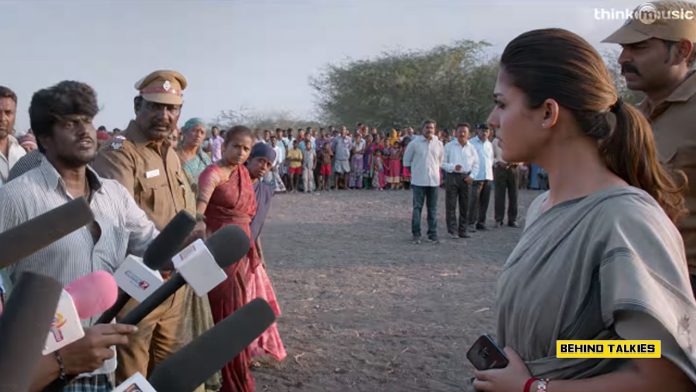 Aramm is a Tamil film starring Nayanthara in the lead role. The film, directed by Gopi Nainar tells the story of the reformation a Collector does to a village following problems revolving around agriculture, water scarcity and more. Music composed by Ghibran. Produced by KJR Studios.

There is a very strong dialogue against water cane business which tells that there was people dying because of water scarcity only when this business has been started.

The trailer looks more promising the dialogue has strong social messages, there will be a good impact from the movie. As from movie experts this film will make Nayanthara to the another level in her film carrier.