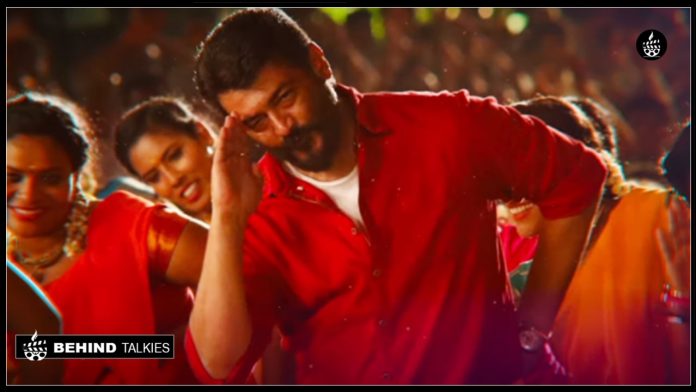 Ultimate Star Ajith ‘Visvasam’ is the most expected film for ajith fans.Actor Ajith Collabrate with siva for the forth time. The film features ajith and nayanthara in a lead role. And for the first time music director Imman has worked with Ajith in this film.

Recently movie crew had released ‘Adchithooku’ song which was the first single from film . This peppy dance number has been rendered by D Imman, Aditya Gadhavi and Narayanan with lyrics penned by Viveka.And Now the second single ‘Vetti Kattu’ has been out which is sung by Shankar Mahadevan.